Nearly 20 years ago I had the good fortune to read a book review about The Zone by Dr. Barry Sears in The New York Times. That book taught me more about nutrition, aging, and insulin metabolism than all that I had learned in medical school and years of practice as a surgeon. Dr. Barry Sears was a biochemist who was writing about new revelations involving food, healthy nutrition, and inflammation. He also emphasized the importance of the genetic basis of wellness and disease. His father had a heart attack at 43, after which his two uncles had heart attacks followed by his father’s second one, which was fatal. Dr. Sears was experiencing some cardiac problems himself and did not want to follow the same pathway.

Dr. Sears began to think about being able to live longer than his father and uncles, and he wanted to know what he could do to change his genetically flawed heart so that he would be able to live longer without significant problems. He happened to be doing post-doctoral work at the University of Virginia on the molecular structure of lipids which included HDL, LDL, and VLDL. He had read some interesting, but obscure reports about saturated fat and heart disease in rabbits and then began attempts to develop a special phosphor-lipid compound, which might act to clean out artery-clogging plaques in the blood vessels. While this was unsuccessful, he went on to research the question of what increases the risk for coronary artery disease and what types of interventions would improve risk levels.

Over the years Dr. Sears reviewed the literature available as well as new information about inflammation. He began to understand more clearly what was heart healthy and what was not. It was clear to him that a process called “inflammation” was not only responsible for heart and blood vessel problems, but also for cancer, obesity, diabetes, arthritis, and Alzheimer’s disease. He also did a lot of research into blood sugar control by two body hormones called insulin and glucagon. He learned the relationship of food and the interplay of these hormones to the known chemical pathway of inflammation. Additionally, he discovered that other body hormones called prostaglandins play a great role in this process.

Dr. Sears created a diet, called The Zone Diet, based on his research. Its principles are pretty straightforward. They include eating three meals a day with two snacks. Each meal and snack is divided into three components—carbohydrates, protein, and fat. For the average person, about 40 percent carbs, 30 percent protein, and 30 percent fat is the best combination. Additionally, eat breakfast within one hour after getting up, and never go more than five hours without eating a Zone meal or snack. You should eat even if you’re not hungry on this program to help stabilize your blood sugar levels. Always eat a Zone Diet snack before you go to bed to prevent hypoglycemia which might disturb your sleep pattern.

The typical Zone meal has some low-fat protein, about three ounces for women and four ounces for men. This could be chicken, turkey, lean beef, egg whites, or soy. The other part of the meal would include colorful low-starch carbohydrates with very few high-starch carbs such as potatoes, rice, or pasta. Adding a little bit of olive oil to most every meal is helpful to reduce the rapid absorption of carbs. A meal made in this fashion can help prevent hyper- or hypoglycemia. Stabilizing your blood sugar levels at the normal range helps control the development of diabetes and helps sustain energy levels while helping with weight loss without your being hungry. The basic amount of these meals can be added to or subtracted from as far as the calories are concerned, but the ratio of carbs, protein, and fat should remain the same.

This diet can be followed just by using the principles which Dr. Sears expounded early on in the history of this diet. I became excited about the diet when I found that it energized me and I could adjust it up or down in terms of volume as long as the ratios of the food remained the same. I began to teach this to my patients, and I found that about 20-30 percent were able to adopt the principles of this and really use it to their advantage. Another 30 percent of my patients followed it to some degree, but some did not do so at all. When we prepare patients for surgery, we basically ask them to adhere to the Zone Diet especially regarding reducing their intake of wheat, bread, and other starch products. This is because breads and starches increase obesity in people who eat a large amount. However, when you add the protein and the fat to low-starch carbohydrates, you have a winning combination in terms of keeping your weight stable or losing weight.

Dozens of “new” diets come out every year. Some of these include instructions, some include prepared foods, and some have special features such as no alcohol, no carbs, no fats, lots of green tea, or other “tweaks.” Most diets that help you to lose weight have in common that they are low calorie and low carbohydrate. If you plan to lose weight, you have to clearly understand what the calorie value of the foods you eat will be and you also have to balance carbs, protein, and fat almost every meal to stabilize your blood sugar.

The Zone Diet has evolved over the years. Now it offers special balanced food bars, prepared entrees, workshops, cruises with Zone foods, and internet participation and evaluation. Patients over the years who have enjoyed this diet have also enjoyed stable weight, increased energy, and plenty of good food. Take a look at it online at DrSears.com. It may appeal to you, as it has to me.

Dr. Carraway is the director of the Plastic & Cosmetic Surgery Center of EVMS.

Doctors need our help to help you build a nurturing relationship. 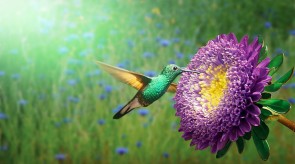