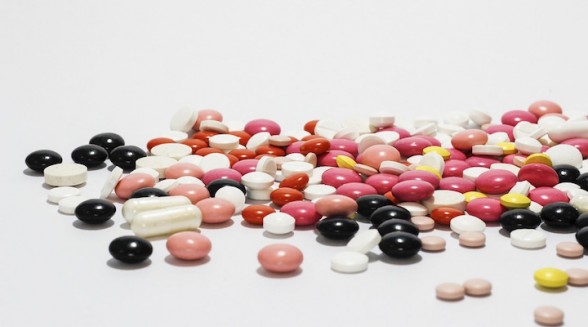 NSAIDs refers to non-steroidal anti-inflammatory drugs, and they come to us in pill form, topical creams, plants, and fruits. Aspirin, the first known and the first commercially produced NSAID in history, has benefitted mankind worldwide for more than 100 years. About 15 billion aspirin tablets are taken each year in the U.S.

Aspirin was invented in 1853 when salicylic acid was chemically changed to acetyl salicylic acid. In 1899 a German company began marketing aspirin under the name Bayer. Use of aspirin grew worldwide and was marketed as a morphine substitute. At the treaty of Versailles in 1918, Bayer lost the patent to U.S., France, and the UK.

NSAIDs are consumed by hundreds of millions of people in the world. Besides aspirin, NSAID products include Motrin, Aleve, Advil, and Actron among others.

Steroids are a different category of chemical substances used to relieve swelling and inflammation, such as cortisone and prednisone, but also includes Vitamin D, sex hormones, cholesterol, and other compounds. Steroids are almost magical in their ability to improve inflammatory conditions, such as arthritis, severe skin problems, allergies, and adrenal insufficiency, to name a few.

However, steroids should not be taken on a routine basis since there can be serious side effects from them. Non-steroidal anti-inflammatory drugs can do much the same in many instances as the more powerful steroid drugs can do, with fewer side effects.

The mechanism of action of aspirin was not known until 1982 when the Nobel prize was given for this discovery, which identified substances named prostaglandins (later eicosanoids)—a group of ubiquitous hormones in the body which regulate the functions of body metabolism and inflammation.

PGe and PGf are prostaglandins formed by a compound called arachidonic acid and are able to stimulate inflammatory compounds such as thromboxanes (cause platelet/blood clots) and prostacyclins (protect stomach cells from HCL acid damage) to keep the body safe. However, if there is an increase of PGe & PGf levels, body functions can be negatively altered. Nutrition, stress, and drugs, among other things, can cause this through an alteration in the production of arachidonic acid, an intermediate factor in the production of these hormones.

To complete the picture of production of PG’s, enzymes which produce these are cyclooxgenase, Cox I and Cox II. NSAIDs inhibit these enzymes and relieve pain and inflammation but can also cause medical problems (even death) if not used correctly. By blocking production of these PG’s, pain, headaches, joint stiffness, swelling, and inflammation can be improved.

However, the proper dosage and selection of drugs becomes very important in the process of treating these medical problems while staying safe. Celebrex is the only Cox II inhibitor marketed in the U.S. and is useful for arthritis and muscle problems. It can also cause heart attacks and strokes. Combining Celebrex with aspirin or other NSAIDs (Motrin, Aleve) may increase the risk of stomach ulcers, but with proper combination and dosage of drugs, they can be safe and effective.

Aspirin is very useful in the prevention of blood clots in the heart, peripheral arteries, and leg veins, and many people in the U.S. and worldwide ingest an 81mg (baby) aspirin daily for this reason. The mechanism of action in this process involves loss of the acetyl part of acetyl salicylic acid, which combines with a protein on the platelet wall to prevent aggregation in a non-reversible manner. When aspirin is stopped, the effect on platelets is ended in 96 hours because of the turnover rate for new platelets. More aspirin causes more risk of bleeding by “tying up” all of the platelets, and so some practitioners suggest a baby aspirin 3-4 times a week instead of daily.

Now to broaden the scope of your thinking, imagine that you have A Fib, (Atrial Fibrillation) or have had heart valve surgery and are being treated with aspirin or Coumadin. If you also have arthritis and want to add an NSAID for relief of pain, what should you do?

You can take carefully moderated doses of Aleve, Advil, Motrin, or Meloxicam (a selective Cox II inhibitor) to treat the arthritis concomitant with the blood thinners. However, Motrin and Advil block the action of aspirin on the platelets and must not be taken within 2 hours before aspirin. One dose can be taken 2 hours after aspirin as the sites are already blocked by then, and the anticoagulant effect of aspirin remains.

However, NSAIDs can cause coagulation problems with or without aspirin. In the case of Meloxicam and Celebrex, there is usually very minimal effect on clotting.  If you want to take a combination of these drugs to treat your condition, it should only be with the advice of your physician.

If multiple daily doses of Motrin, Advil, or Aleve are taken, the effects of aspirin on platelets is severely diminished, and platelet aggregation continues. It should also be mentioned that Tylenol has no effect on platelets or clotting at all and can be taken for pain safely even if you are on low-dose aspirin, but it does not have an anti-inflammatory effect to soothe the arthritis.

Also, not everyone is sensitive to the anticoagulation effects of aspirin, and this can be measured by a platelet-aggregation test (code 1568). Topical preparations for joint pain with menthol or methylsalicylate do not interfere with platelets’ clotting action and may be used in patients who are taking low dose aspirin. Certain foods, such as fish oil, garlic tabs, Ginkgo Biloba, blueberries, and olives may increase the risks for bleeding. Each year, about 100,000 people are hospitalized and 16,500 die from bleeding caused by NSAIDS or aspirin.

In summary, most people can use NSAIDS safely if they’re not taken excessively, and they can also be used in patients on anticoagulants, but only under the care of a knowledgeable practitioner.