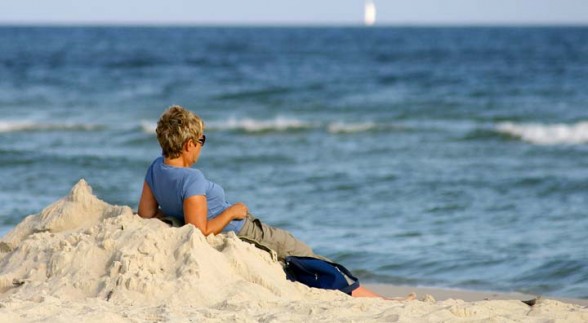 After cesarean section delivery, hysterectomy is the next most common surgery performed on women in the United States. Hysterectomy involves removal of the uterus (womb)  and may be partial, where the lower portion of the uterus, the cervix, is retained, or complete, which involves removing the entire uterus. Additionally, the ovaries, which are the main hormonal source for a woman, may also be removed at the time of hysterectomy. In this case, the additional procedure is called an oophorectomy.

There are several common reasons why a hysterectomy might be proposed, and there are times, such as in the presence of cancer of the uterus, cervix, ovaries, or fallopian tubes, when a hysterectomy is clearly the best option. There are also other situations including unmanageable infection or bleeding, where removal of the uterus provides the best chance of recovery. However, in other situations there are alternatives to hysterectomy and depending of the individual circumstances, they may be appropriate to consider.

Fibroids are non-cancerous, muscular tumors that grow from the wall of the uterus. Smaller ones often cause no problems, but as they get larger, or if they are in certain locations, they often cause prolonged heavy bleeding or pain. Treatment for symptomatic fibroids is one of the primary reasons for hysterectomy. The benefit of a hysterectomy is that it takes care of the problem permanently.

However, if a woman desires to keep her uterus for future childbearing or for other reasons, or if the surgery would present higher than usual risks, there are alternatives. A surgical alternative is myomectomy, where the fibroid tumors are removed, leaving the uterus intact. Unfortunately, the fibroids can grow back, the surgery is often more complex than hysterectomy and may entail a longer recovery, and a myomectomy often results in the need for cesarean delivery for future pregnancies.

Uterine artery embolization is a non-surgical procedure that results in shrinkage of fibroid tumors. The process is typically performed by an interventional radiologist and involves placing a catheter in the artery leading to the uterus and releasing small particles or metal coils that serve to block the blood supply to the fibroids, which causes them to get smaller and often be less troublesome. While recovery is often quicker than that for a hysterectomy, the procedure may not control the symptoms in 25 percent of patients. In another 20-30 percent of patients, further surgery, often hysterectomy, is required at a later time.

Excessive menstrual bleeding is another common reason for hysterectomy. While fibroids may be present, the cause is often hormonal, especially as menopause approaches. Hormonal medications, birth control pills, and non-steroidal anti-inflammatory drugs (NSAIDs) are often effective. The hormone-releasing IUD (Mirena) is a newer option and often reduces blood loss by 90-100 percent. One benefit of the IUD is that most of the hormone that is released remains within the cavity of the uterus, resulting in fewer overall side effects.

There is also a minor surgical procedure called endometrial ablation that can be very effective in reducing excessive bleeding. The endometrium is the lining of the uterus. It is the tissue that grows each month in preparation of the fertilized egg, and it is what is shed in the process of menstruation. Endometrial ablation destroys this tissue layer, so that there is nothing to be shed and thus little if any future bleeding. In properly selected patients, endometrial ablation results in completely stopping all bleeding in about 50 percent of patients and acceptable levels of bleeding in more than 90 percent.There are several different techniques for performing endometrial ablation. They are all quick procedures that are either performed as outpatient surgeries or in your doctor’s office, and they entail less recovery than hysterectomy.

The advances in laparoscopic and robotic surgery have made recovery from hysterectomy shorter than it had been in the past. However, it is important to know that there are effective alternatives to hysterectomy and to talk to your gynecologist to see if any are appropriate for you.