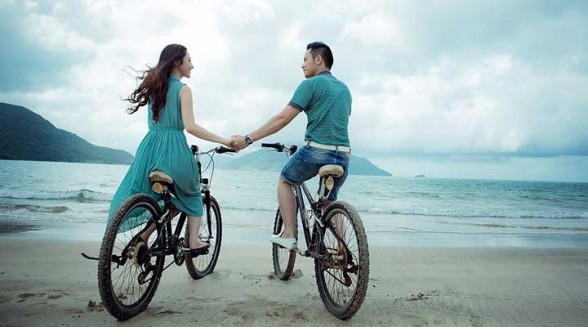 Many women are opting for long-acting options because they are reliable, effective, and easy to use.

The birth control pill remains the most common and familiar method of hormonal contraception. However, the pill is not the best choice of contraception for every woman. Some women have health conditions that prevent them from taking medications with estrogen. Other women do not like to take a pill every day or find that they have days when they forget to take the pill.

Although not as well-known as the pill, longer acting hormonal methods of contraception are gaining popularity across the United States. LARCs, or long-acting reversible contraceptives, include the progestin implant and intrauterine devices. Many women are opting for long-acting options because they are reliable, effective, and easy to use.

The IUD, or intrauterine device, is a small T-shaped device that is inserted into the uterus by a healthcare provider. In the United States, there are two types of IUDs available: one type contains a hormone called levonorgestrel and the other type contains no hormones and is made of copper. The levonorgestrel-containing IUDs are FDA approved to be used for 3 to 5 years, depending on the specific product. The copper-containing IUD is approved for 10 years of use.

The most common side effects of the IUD is changes in bleeding pattern. The hormonal IUD and the copper IUD differ in their side effects, but both can impact a woman’s periods. The copper IUD can cause heavier, longer, or more painful periods in the first few months after the IUD is inserted. However, studies have shown that after six months, women with copper IUDs reported improvement of these symptoms.

The hormonal IUD can also cause changes in bleeding pattern, such as bleeding between menstrual cycles, more days of light bleeding, spotting, and not having any menstrual bleeding. In studies of women with the hormonal IUD, approximately 50 percent of women reported having no menstrual periods after having the IUD for one year. Because of this reduction in bleeding, the IUD is an FDA-approved treatment option for women with heavy menstrual bleeding.

The birth control implant (brand name Nexplanon) is a 4 cm. rod that contains the hormone etonogestrel and is inserted in the upper, inner arm. It is effective at preventing pregnancy for 3 years. Like the IUD, it is inserted at a healthcare provider’s office. For the insertion process, a local numbing medicine is injected into the woman’s arm and then the implant is placed in the arm with an insertion device. When the implant is removed, a numbing medicine is used, and a small incision is made to remove the device. Like the IUD, the implant is completely reversible, and fertility returns once the device is removed.

The birth control implant can also have an effect on a woman’s menstrual cycles. The most common side effect of the implant is unscheduled bleeding that can occur between a woman’s regular periods. This bleeding is often light, but in some women, the extended days of bleeding can be bothersome. Not all women report more days of bleeding. Some women have lighter bleeding during their periods, and some women stop getting monthly periods with the birth control implant.

Both the IUD and the implant are gaining in popularity because of their ease of use. For both birth control methods, once the device is inserted, there is no maintenance required, such as taking a medication daily, or weekly, or coming in for office appointments multiple times per year. In addition to being easy to use, LARCs are very effective at preventing pregnancy. In a year, less than 1 out of 100 women will become pregnant while using a long-acting contraceptive compared to 4-7 out of 100 women becoming pregnant while using birth control methods, like the pill, patch, ring, or depo shot.

According to the Centers for Disease Control and Prevention (CDC), the birth control implant is as effective as a tubal ligation (having your “tubes tied”) at preventing pregnancy and has none of the risks of surgery. Many insurances cover the cost of LARCs, as well as the cost of the insertion and removal procedures.

For many women, LARCs are safe and effective forms of birth control that are easy to use. If you are interested in trying one of these long-acting methods for preventing pregnancy, talk with your healthcare provider to see if the IUD or birth control implant is a good option for you.

Emily Nobles, WHNP, is a nurse practitioner at Atlantic Ob/Gyn located in Va. Beach and Chesapeake. For more information, call 757-463-1234 or visit www.atlanticobgyn.com.