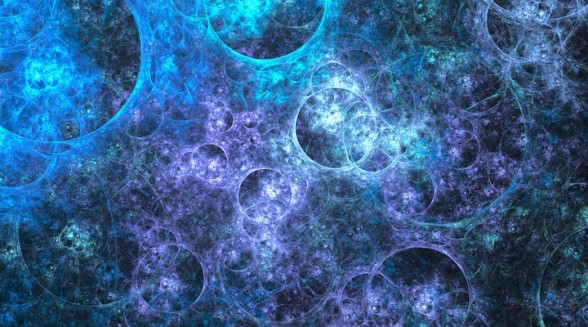 Benign tumors of the uterus, also called fibroids, are a very common medical condition in woman, and it is estimated that 1 in 4 women will develop them. Fibroids or leiomyomata are smooth muscle tumors which can cause a myriad of symptoms or can cause no symptoms whatsoever. Fibroids can vary in size, number, and location, and such variables have a bearing both on the symptoms associated with them and the type of therapy used to treat them.

Fibroids which are small in size and low in number may not have any symptoms and may only be discovered with an annual gynecological exam.  Other fibroids may be larger in size and number and may cause symptoms like heavy bleeding, painful periods, painful intercourse, irregular bleeding, and bowel and bladder problems. There are several diagnostic tests that health care providers can order to help determine the severity of fibroids.

The foremost “test” is a routine pelvic exam, which will determine the size of the uterus. A normal size uterus is about the size of an orange, and a fibroid uterus can often times be much larger. If a uterus is enlarged or a woman has some other symptoms associated with fibroids she will be referred for an abdominal or vaginal ultrasound.  Another diagnostic tool is the sonohysterography, which includes a vaginal ultrasound while the uterus is filled with a saline solution and can give a clearer view of the uterine cavity. All of these tests can be administered in your health care provider’s office. A more conclusive test called a hysteroscopy can be performed at an outpatient facility under anesthesia. A small, lighted tube is inserted into the vagina to look inside the uterus. Once a diagnosis of fibroids is made, the treatment methods will vary depending on the presence and severity of symptoms.

Fibroids that cause no pain or menstrual symptoms will simply be monitored to watch for change in growth and numbers. Fibroids which cause pain, menstrual irregularities, and difficulty with fertility or bowel and bladder problems can be handled in several different ways. Medications, surgery, and several non-surgical therapies are available to health care providers to treat troublesome fibroids.

Some women will respond to hormone therapy like the birth control pill, which does not shrink fibroids but helps to diminish the heavy bleeding associated with fibroids. Other medications which suppress estrogen and progesterone, like gonadontropin-releasing hormones or Gn-RH agonists Lupron and Synarel, actually stop a woman’s period and helps to shrink the fibroids. However some women cannot tolerate the menopause-like symptoms associated with these medications and may choose alterative therapies. Additionally Lupon and Synarel can only be used for short periods of time as they cause side effects like osteoporosis. Newer medications include progesterone receptor modulators that block or modify the action of progesterone.

Fibroids, which are smaller in size and number, may be surgically removed with the hysteroscope. The same procedure used to verify fibroids may be used to cut away pieces of the fibroids and remove them. This technique however cannot be used if the fibroids are embedded in the uterine wall also known as intermural fibroids.

Myomectomy is a procedure offered to women who wish to treat fibroids but want to maintain their fertility. Myomectomy cuts and cauterizes or burns off fibroid tumors while preserving the integrity of the uterus. This procedure can be done through an abdominal incision or laparoscopically with a laparoscope. The downside of myomectomies is that new fibroids can form and remaining ones can grow. Women who have passed their childbearing years may choose to have a hysterectomy, which is the permanent surgical removal of the uterus. This is the only permanent treatment for fibroids and can be performed either abdominally or vaginally. Two out of three hysterectomies in the United States are performed because of fibroids and their associated symptoms.

For women who do not wish to undergo the major surgery of a hysterectomy, a few new options have become available. Uterine artery embolization helps to shrink fibroids by limiting the blood supply to the fibroid. This procedure is a non-surgical alternative performed by an interventional radiologist who injects micro-particles of plastic or gelatin sponge into the uterine arteries to slow or stop the blood supply to the fibroid. As with any medical procedure, complications can occur, and UAE can rarely cause infection or injury to the uterus. Additionally some women experience immediate menopause after the procedure. Currently studies are being conducted to establish the relationship of uterine artery embolization and fertility.

Another new option in the treatment of fibroids includes magnetic resonance- (MRI) guided focused ultrasound surgery or MRGFUS. High doses of focused ultrasound waves directed at the fibroids through MRI technology destroy the uterine fibroid while leaving other surrounding tissue intact. The hospital-based procedure offers faster recovery than surgery but is limited to four or five fibroids. It also cannot be performed on calcified fibroids or fibroids inside the uterine cavity. Additionally, fibroids larger than 10 cm are difficult to treat with MRGFUS.