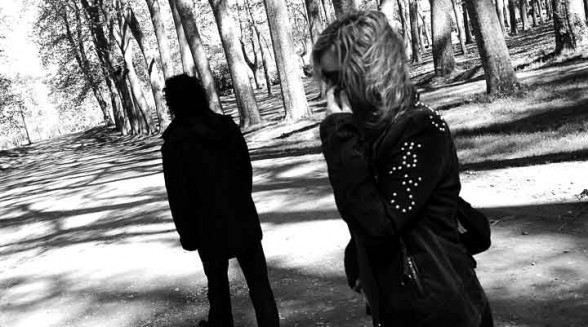 How many people have been affected by Ebola in the US this year? Three

How many men have been physically abused by a woman this year? 3.2 million

Recently a dinner conversation with physician friends strayed to Ebola. An ER physician and chairman who oversees a dozen ER’s expressed his frustration at the U.S. Ebola hype. “Why can’t we put this attention toward dog bites? You’re more likely to receive one. And it’s more likely to kill you.”

That got me thinking about unlikely killers in my field.

Think about domestic violence and you think of women, battered by a man in her life. Now, think again.

• Of the nine “Most Notorious Crimes of Passion in History,” four were committed by women against men. For example, on 5/28/98, comedian Phil Hartman was shot and killed while he slept by his wife. On 7/4/09, football star Steve McNair was shot and killed by his girlfriend.

In a 2010 review essay in the journal Partner Abuse, the author concluded that women’s motives for domestic violence are often similar to men’s, ranging from anger to coercive control. Not self defense as has previously been assumed.

Making things worse, men often suffer physical abuse in silence as they feel less manly for “allowing” themselves to be abused. They are afraid no one will take them seriously. Unfortunately with good reason.

Denise Hines of Clark University found that when an abused man called the police, the police were more likely to arrest him than his female partner. When men tried calling domestic-violence hot lines, 64 percent were told the hot lines helped only women.

I emphasize this not to undermine the real horror of domestic violence against women or the epidemic in Africa.

I emphasize this to keep a very real problem from slipping into the shadow of larger or hyped-up problems.

But men also have to help themselves:

Men have to take this seriously. In one survey of college students, 20 percent of men who had been attacked by their girlfriends thought it was “funny.” Violence that seems harmless at first can escalate.

Men have to stand up for themselves. The first time she hits you, tell her that if there's a second time, it will be the last time she sees you—and act on it.

Men have to control themselves. Don't hit back. Men can typically do more damage with a single blow and then that will take the spotlight. (Think Ray Rice).

Men must speak up. If you cannot easily leave (because of the children, for example) let someone know what is happening. Overcome the embarrassment and call the police. Talk to a counselor, your doctor, family members.

And women, if we are going to insist men control themselves, let us take our own advice. Let’s prove we can close the gender gap in leadership while not closing it in relationship violence as well.

More in this category: « Analyzing Robin's Suicide Eliminating Rape »
back to top