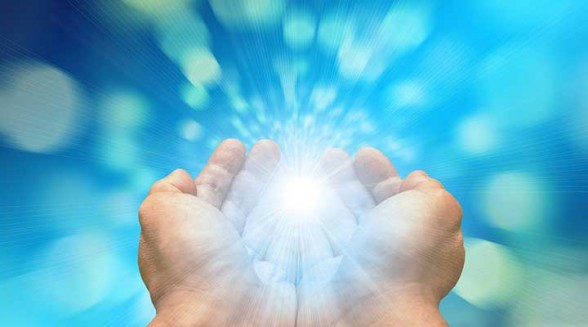 Jane was living a nightmare. The strong and capable woman she used to be was gone. In her place was someone who could barely make it out of bed. The widespread chronic pain of fibromyalgia had gotten so bad, it was hard to even work part-time. Economic uncertainty led her to apply for Social Security disability. She was losing hope.

“Imagine wearing glasses that make even the bluest skies grey,” Jane said. “Formerly fun activities are beyond your ability. Being with people you love no longer feeds your soul. Pain takes the joy out of living. Your guilty thought is: if the rest of your life is going to be this way, it’s more than you can bear.”

Fibromyalgia is an incurable chronic condition caused by how nerves send pain signals to the brain. The best doctors could do was prescribe pain killers, which didn’t work for Jane. A friend suggested Healing Touch because it cured her carpal tunnel syndrome. After months of convincing, Jane tried it.

Today, more people are turning to alternative healing therapies, such as Healing Touch, when they can’t find relief with conventional medicine. Healing Touch relies on manipulating the energy field of the human body.

For thousands of years, the Chinese have called this life force chi, believing wellness depends on freely flowing, balanced energy. Western science considered this nothing but Eastern mysticism until several decades ago. “Now there is an absolute certainty these energy fields exist,” according to James Oschman Ph.D., author of two books about energy medicine. Nearly 100 documented research studies suggest there is strong evidence Healing Touch helps ease pain and anxiety.

A Conduit of Healing 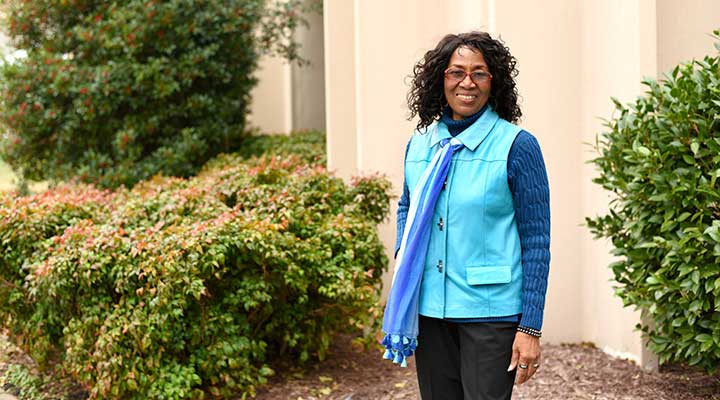 Ann Peck of Newport News carried a secret in her heart for many years. As a young child she was fascinated by biblical accounts of Jesus healing people, and she dreamed of doing the same. In 2006, a question by a coworker resulted in her pursuing her dream.

“What is your greatest desire in life?” the coworker asked.

The coworker told her about The Institute of Health and Healing, which offered courses in Healing Touch, and soon Ann began taking classes. “That day illuminated my destiny,” Ann said. “My purpose has been so rich and real in my heart—changing lives through health and healing.”

Now in her healing practice, Creative Health and Healing, Ann helps many clients referred by counselors who have done all they can do for them. People who suffer from grief, depression, and anxiety can benefit from Healing Touch as an adjunct to talk therapy. Counselors have faith in it because they have seen the positive results. Sometimes, Healing Touch is a last resort for people who have tried everything else.

Ann volunteers at the Mary Immaculate Bereavement Center in Newport News. The healers there have helped many people over the years. Some who have received help are so enthusiastic about the results that they become volunteers.

Besides her volunteer work for the Bereavement Center, Ann has a private practice with an office in Newport News. With two Master’s degrees—one in Foundations in Education and the other in Integrative Health Science—Ann uses the knowledge she gained in formal education to help people.

Ann Peck does not believe she is special in any way. God does the healing; she is just the conduit, she believes. The unconditional love from God flows through her to the person being healed.

Healing requires a partnership to be successful, and both parties have to be intentional. The openness and readiness of the client to be healed determines the outcome. “I feel very fortunate to be doing what I love and fulfilling God’s purpose for my life,” Ann said.

Statues of the Buddhist Goddess of Compassion, Quan Yin, are prominently displayed in Angela Stroup’s home office in Williamsburg. According to legend, Quan Yin earned eternity in paradise, but because of her compassion for others, she chose to remain on earth to help the suffering.

That quality of compassion guides Angela’s life. Even as a young child, she was an empath and could feel other’s physical and emotional pain. She learned to use that ability to help others.

As early as age nine, Angela knew she wanted to be a nurse. She would fold white paper into nurse’s caps and “play nurse.” After becoming a registered nurse 56 years ago, Angela worked for many years in hospitals and for public health organizations. She noticed the limitations of practitioners of Western medicine, particularly in how they managed chronic illness.

As a no-limit thinker, Angela searched for answers. In her forties, at the same time she became a Healing Touch practitioner, she earned a health communication degree because she knew that problems in health care often involve miscommunication.

For example, communication challenges occur when doctor and patient are from different cultures. During her research on a Navajo reservation, she learned that they believe words have the power to bless or curse. So the non-Navajo doctor avoids telling the Navajo patient he has a terminal illness because that would be a curse. The doctor learns to say indirectly, “Mr. Begay, I know a patient who has the same condition you have, and he is no longer with us.”

After finishing a Master’s in Interdisciplinary Studies, Angela became a college professor at Eastern Virginia Medical School and taught doctor/patient relationship skills, interviewing, and clinical hypnosis. She also taught how to communicate with and educate patients in a limited amount of time.

In 2016 Angela earned a Doctorate in Metaphysical Healing from Delphi University and currently practices as a metaphysician. Having cancer and overcoming it three times didn’t hinder her pursuit of new goals. Her philosophy of life is “Live as though you might die tomorrow or might live forever,” so of course getting a degree in her seventies makes perfect sense.

Angela describes what she does as a metaphysician as incorporating a mind, body, spirit approach to healing. Tenets she follows include using spiritual guidance and the understanding of the body as a beautiful energy system; balancing the body’s natural healing abilities so clients can use their potential to heal; using techniques such as assessing and balancing body energy; encouraging forgiveness; teaching love of self and others.

“Jesus was the greatest metaphysical healer of all,” she continued. “I don’t discourage Western medicine. Each method can work together for healing. My knowledge of nursing, hypnosis, and many healing modalities helps me greatly. I love what I do as Spirit works through me!”

Angela’s feelings about aging reflect her no-limit thinking. “Our culture encourages elders to limit themselves,” said Angela, who suggests instead everyone reject self-limiting beliefs.

At a surprisingly youthful 77, Angela has no plans to retire. She spends her time constantly learning. “We are energy beings, unlimited with infinite possibilities,” she said.

Happy To Serve Others

In Touch with the Energy of the Universe 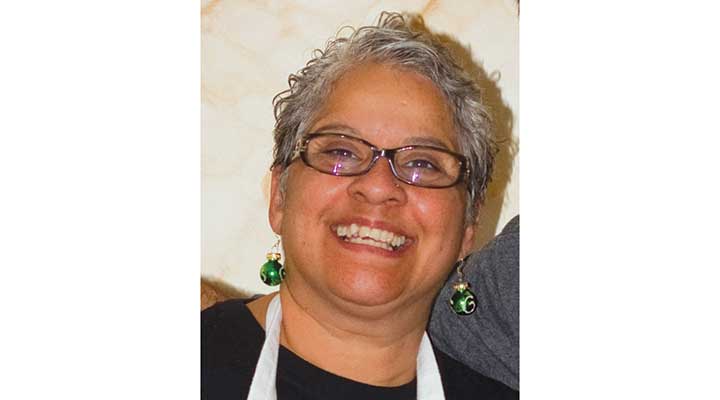 Health care practices in Puerto Rico, where Nilda Lucena grew up, were different than in America. “When something went wrong with you, they used herbs first,” Nilda explained. Her mother, grandmother, great grandmother, and neighbors all grew herbs in their gardens. They knew what concoction to use to treat every health problem.

Now that Nilda has been a nurse in America for 30 years, she says doctors want to give patients a pill and a diagnosis. Pain is like the check oil light in your car, Nilda believes. It means something is wrong that needs fixing.

Another difference between her homeland and the mainland, says Nilda, is “the rat race.” “Society says, ‘Work harder, work harder, money, money, money,’” she said. “Then we get depressed because we can’t be what society tells us success is.” Nilda believes this contributes to our illness because society dictates what we should be.

Nilda is happy to serve when she sees the difference it makes for her patients. For example, a nurse told her a patient was agitated and writhing in pain. She went to his room and asked if she could do Healing Touch on him. During the session, he said, “I feel the pain leaving my body.” When she finished, he was sound asleep. This same scenario has happened many times with other patients.

Like the other healers, Nilda believes she’s a conduit of healing from God or the Universe. Since Nilda has become a healer, she has become aware and in touch with the energy in a person and the energy of the Universe. She’s happier and healthier and feels she has discovered her purpose in life. “My purpose is to love, to love everyone and everything, from the smallest creature to the infinite Universe,” she said.

Healing Touch can be an effective tool to complement western medicine. Though these three women have different backgrounds and beliefs, they have all made a difference in the lives of others through the practice of Healing Touch. In addition, through seeking to help others, they have found themselves.

Jane has found some relief from fibromyalgia as well. With Healing Touch and other self-care practices, she has discovered what works for her.

Dona Sapristi is a freelance writer and poet who lives in Newport News.