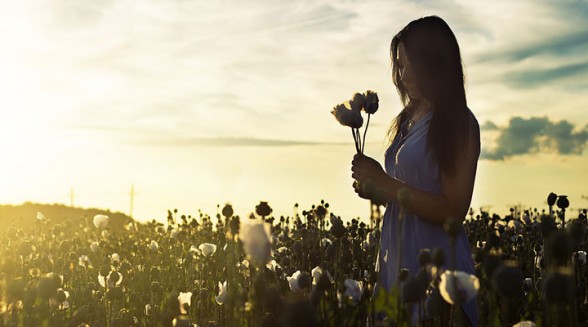 Frustrated with traditional medicine? Maybe it's time to take responsibility for your health.

When I was a little girl, the image in my head of a doctor was a male in a white coat who would listen to me, carefully consider my case, and then tell the nurse to give me a shot or a pill. He would know me as I grew up. He would be “my” doctor. My grandfather was that doctor. My grandmother was that nurse. As a teenager, I wanted to be a doctor, too. It seemed like an important job, one that would matter. But my grandfather told me, “Don’t be a doctor. Medicine won’t be what you think it is for very much longer.” I was puzzled at the time. Why did he say that?

A few years ago, I developed some symptoms that were somewhat mysterious. My primary care doctor doled out referrals, and for two years I bounced around between specialists in different cities, enduring tests and trying treatments. While I was racking up bills and piling on stress, I felt that no one person was really in charge of my situation, that no one was looking at the big picture, and that was scary. I began to understand what my grandfather was talking about.

As health care has become fragmented among specialists and paid for by a confusion of insurance claims and bills, patients continue to have a human need: to have someone looking out for them. New modalities for medical treatment, such as concierge care, are gaining popularity. Homeopathy, chiropractic care, naturopathy, and hormone therapy, among others, also offer new options beyond the world of traditional medicine. Here in Tidewater, we are fortunate to have a selection of medical professionals who are committed to viewing patients holistically. Let’s meet three of them.

A Personalized Approach to Feeling Your Best with BHRT Dr. Jennifer Krup, a medical doctor who studied in traditional medical school and practiced as an M.D. for 39 years, now treats women and men with Hormone Replacement Therapy at RejuvinAge, her boutique practice in Virginia Beach. Dr. Krup has always seen herself as an investigator. Non-medical people can often feel helpless, she says, at the mercy of their bodies, but new technologies bring new understanding.

“In the old days, if you fell and broke your arm, the only thing the doctor could do is look at it and say, ‘It’s broken.’ Then along came X-rays, MRIs, PET scans. Now you can go further,” she notes. “In medicine today we’re learning amazing things at a rapid speed.”

But along with all these diagnostic tools, Dr. Krup sees her role as listener as very important. She quoted one of her medical mentors, who said, “Listen to the patient. They may not think they know what’s wrong, but if you listen they will tell you.” If she has a 30-minute conversation with a patient, it may only be in the last five minutes that the information emerges that she needs to make a plan. That’s just not possible in a large traditional practice, where doctors may only talk with a patient for five minutes before a nurse knocks on the door.

Dr. Krup believes that many of the problems facing women can be solved by adjusting the balance of their hormones. “People are not aware of how incredibly important hormones are in the body,” she explains. “Very small changes in the hormones can make a huge impact in how the person is feeling.”

This isn’t an anti-aging solution, according to Dr. Krup. It’s about feeling the best you can feel at the age you are. After helping a lot of menopausal women get back on track, Dr. Krup noticed that the men in their lives were saying, “I can’t keep up with her anymore!” Now she treats men for hormonal imbalances as well.

Many women who present with confusing or conflicting symptoms may be diagnosed with depression and prescribed anti-depressants. These pills might make them feel better, but they don’t resolve underlying symptoms. Women walk away thinking they’re depressed and taking on the blame for the way they’re feeling, which could be caused by a physical problem. I could tell that Dr. Krup really respects her patients and appreciates the fact that they’re looking for something to help them feel better and not accepting a diminished life.

Her advice to women is to be empowered to ask questions and get answers and to take responsibility for their care. “If you are with a physician that’s getting angry with you for trying to study and learn about a disease, rethink visiting that physician,” she suggests.

Intuition is a Key Element of Healing 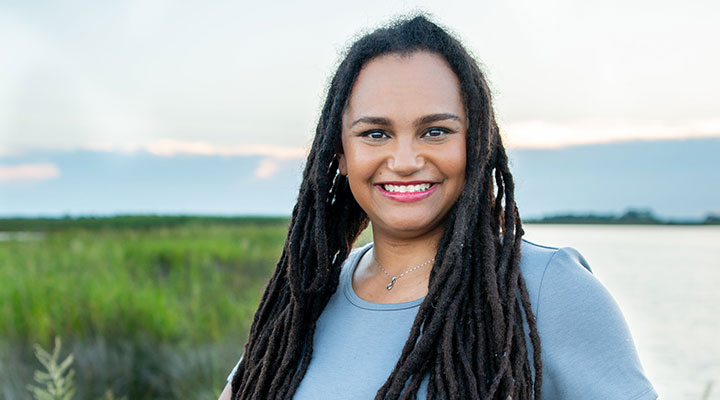 Dr. Erica Steele, who owns Holistic Family Practice in Virginia Beach, is a naturopath. The term “naturopathy” dates back to the 19th century, but naturopathic treatments have been around a lot longer than that. Some naturopaths are strongly against traditional medicine, but Dr. Steele respects and honors the place that traditional doctors hold in the treatment process. In fact, she prefers the terms “complimentary” or “integrative” over “alternative.” She says, “Allopathic doctors monitor diseases, so the disease doesn’t get out of control. Ours is a long game; we try to figure out why the disease started to begin with.”

Dr. Steele believes the key to good health is not in suppressing symptoms as they appear but in creating an environment conducive to good health and treating the whole person, not just the problem area. “Preventing disease is a lot easier than curing it,” she says. Like Dr. Krup, she also sees herself as a detective and takes a great interest in determining causes on the way to finding cures. When she sees a patient whose health is in jeopardy, instead of putting a bandage on the problem, she tries to find out what happened to cause this person to lose hope or stop taking care of herself.

In this era of big insurance and big pharmaceuticals, medical practice has changed. “People are frustrated and scared,” Dr. Steele believes. “They don’t feel like they’re being heard, but rather that they’re being ‘cattled’ through.” Women who don’t fit neatly into a diagnostic box are often discredited and ignored, but Dr. Steele believes that such people must be taken seriously. Instead of cataloguing symptoms and then labeling a patient with a disease, she looks at the whole patient, mental and physical, for a solution.

Dr. Steele knows firsthand about healing. She had a painful childhood and watched her mother struggle with mental illness. “I have had to walk my own healing journey, and I’ve had to heal myself first,” says Dr. Steele, who was trained in labs and classrooms, but also studied Native American spiritual teachings. People’s illnesses can be a product of their own pain and suffering, which they have compressed and compartmentalized in different areas of their body, she believes. Many feel shame about the hurt they have experienced, and she wants people to know that they are not alone.

Being a doctor has always been her purpose, even as a child. For her, naturopathy as a discipline resonated the most. “I appreciate allopathic medicine and their physiological understanding of the body,” she says, “but my practice is more intuitive.”

Have Fun & Be Healthy

Benefits of a Positive Mental Attitude 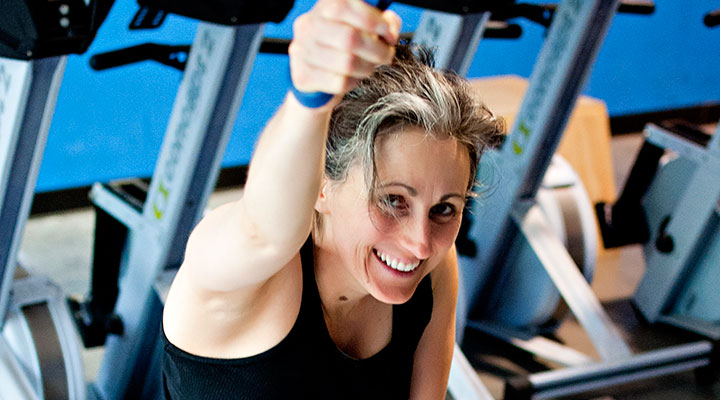 Dr. Tina DeGiorgio, owner of Virginia Beach Holistic Clinic, is a woman on the go. Not only does she operate a successful chiropractic practice, but she also owns a CrossFit studio where she and her entire family love to work out. She wasn’t always as strong and fit as she is now. As a teenager she was a constant patient of chiropractors, dealing with a childhood injury and then a bus accident. She watched people receiving chiropractic care, saw the positive benefits, and decided this was the career path for her.

There are two types of people who see chiropractors, according to Dr. Tina. One type is there because of an injury or specific pain. Maybe they’ve been referred by a friend or have tried other methods of treatment and been disappointed. They’re there for a fix. The other type of patient is the person who comes to the chiropractor to be healthier and live longer. They see chiropractic care as preventative.

For the rest, a solid routine is an excellent idea. Programming diet and exercise and sleep into your life is just a matter of schedules and priorities. Keeping your mind positive is a little harder. While Dr. Tina doesn’t watch television or the news, she speculates that this may be a prime source of negativity for a lot of people.

“There must be a balance: chemical, emotional, and physical,” she says. As a chiropractor she makes adjustments, but she also makes sure each patient is heard and understood. She regrets that many doctors don’t take enough time with their patients, even just entering symptoms into a computer screen instead of having a conversation eye to eye. By listening, she can ascertain what a patient really needs. Sometimes it’s a hug or just an affirmation of what they’re going through.

I asked Dr. Tina if she believed that women were over-diagnosed with depression, and she agreed. In her opinion, for both women and men, this perceived depression is a result of a lack of fun in their lives. “Most kids know what fun is, but most adults don’t even ask themselves the question: What is fun for me?” she notes. Because of adult responsibilities and prioritizing work, many people don’t make time for fun or even examine what fun would look like. When you add this to a lack of sleep, a failure to exercise, and a poor diet, ill health is bound to result.

Taking Initiative for Your Health

Medicine is changing. Health professionals are changing, too. These three health care providers are hoping to change the way we view our health. Their advice is solid: find the balance in your own life, take your feelings and intuitions seriously, ask questions, and be responsible for your health. By following this proactive prescription, we can move from feeling helpless toward being heard.

Lydia Netzer is the author of Shine Shine Shine, a New York Times Notable Book and a finalist for the LA Times Book Prize. She lives in Norfolk. Find out more at www.lydianetzer.com.