Marlee Fuller-Morris strolled down an interior trail at False Cape State Park, pausing occasionally to savor the landscape. She had just captured an image with her camera and turned back toward the trail when she saw she wasn't alone. A few feet away, a cottonmouth relaxed on the rocks in the afternoon sun. Marlee didn't feel panicked, though.

"I love snakes! I think they are so fun!" she said. "They're grumpy, but not aggressive. Plus, we have to remember that we are on their trail. We are in their home."

Marlee is just one of many women locally whose jobs allow them to commune with nature every day. Let's meet Marlee and two other local women who are proud environmental advocates. They educate others about our local parks and why it's important to protect the delicate balance between nature and modern life.

Off the Beaten Path at False Cape State Park 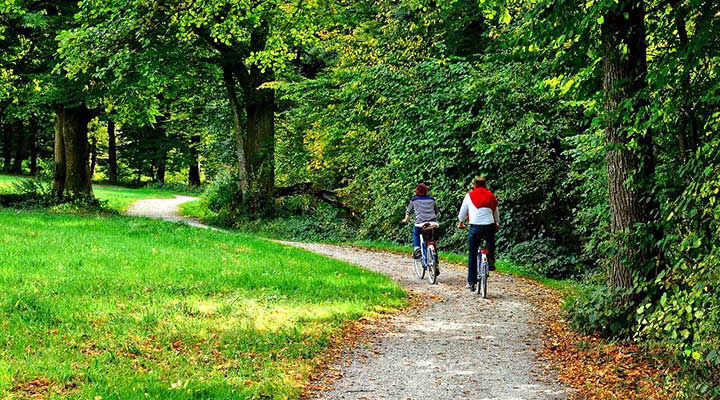 "I actually get paid to be outside and enjoy my hobbies," Marlee said. "It's such a phenomenal job and not one I knew existed when I was young."

She works as an interpreter at False Cape State Park in Virginia Beach. "An interpreter is a common position in park systems," she explained. "It has nothing to do with speaking other languages." She is essentially the park's guide, assisting visitors, creating programs, and planning tours.

Marlee has always loved nature and animals and once considered becoming a veterinarian. She soon discovered, however, that she would rather work with animals in a non-medical capacity. During college, she surveyed bird communities and eventually landed a position as an interpreter at Yosemite National Park. That was her "aha" moment. "I knew that was a career I could see myself in for the long term," Marlee said.

Last October brought Marlee to False Cape State Park, which she describes as one of the most beautiful places she has ever been. "It's incredibly diverse, with the ocean on one side and the bay on the other. There is also a maritime forest, full of groves of oak trees and several species of birds," she said.

Currently, the visitor center and gift shop are temporarily closed. Attendance has been great, but Marlee says the park never feels crowded and there is more than enough room for families to spread out. Marlee reminds visitors that vehicles are not permitted, so people will need to park at Back Bay, then hike or bike to False Cape.

Marlee encourages visitors of all ages and backgrounds to come out to the park, regardless of their knowledge of the outdoors. "State parks are our resources. They are owned by the public, and there is truly something for everyone," she said. "Plus being outside really makes you feel better. That connection to nature is so important."

On the Elizabeth River Trail 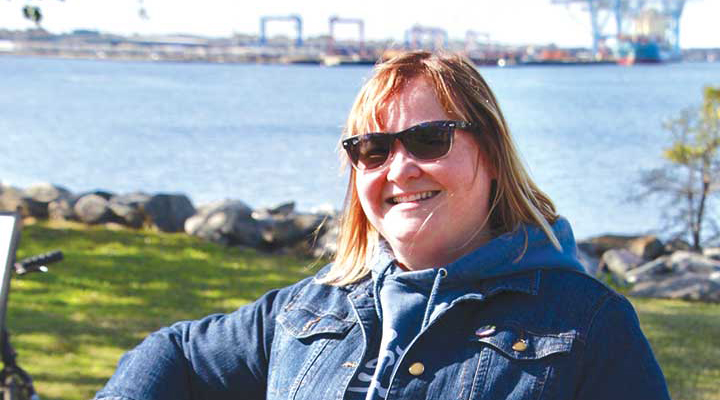 "I wouldn't exactly describe myself as outdoorsy," Cheryl White said with a laugh. "I like to be outside if I'm at a coffee shop or on a manicured trail."

Last month marked two years for Cheryl in her current position as executive director of the Elizabeth River Trail Foundation, and she's been instrumental in its growth. Just before COVID-19 began impacting our area, the Foundation reached its capital campaign goal. While ribbon cutting ceremonies and bike events have had to be postponed because of the pandemic, Cheryl wants to remind residents that the trail remains an open resource for the city.

The Elizabeth River Trail (ERT) is a 10.5 mile trail that stretches along Norfolk's waterfront, has access points at NSU and ODU, and connects twenty-eight different neighborhoods. It is a multi-use trail for walkers, runners, kayakers, and bikers.

"There are multiple places where parking is free," Cheryl explained. "It's a wonderful opportunity to explore the city of Norfolk and see it in a new light."

Cheryl enjoys taking in the city on two wheels, but she is quick to clarify that she is a casual biker, not a cyclist. Just recently, she had a vacation week in the midst of the pandemic, and she didn't have to think long about how she would spend her time. She hopped on her bicycle and rode to several places she had been wanting to go, including over the Berkley Bridge and past a nearby Buddhist temple.

"There are these amazing moments when I'm over the river and I see how close we are to the water and how much we rely on it," Cheryl said. "We choose to live here for a reason, even though there are tunnels and traffic. We choose this waterfront."

Cheryl has a strong connection to the city and the waterfront, and though much is still available during the mandated closings, she is deeply missing one regular event that she holds close to her heart.

"I love the Saturday Boombox Bike Rides hosted by DJ Bee," she said. "It's so wonderful to be with this crew of people who are passionate about biking and promoting a healthy lifestyle. I miss our weekly outings."

Even though some of ERT's larger events have been postponed, Cheryl hasn't experienced much of a lull in her work. She continues to work on projects and future planning, including a glow-in-the-dark section of the trail that is currently in the works. "I have tested about 15 different luminous materials to see how they responded to light throughout the day," Cheryl said. "It's going to be incredible."

Cheryl has lived in the Norfolk area all her life, yet she continues to meet new and amazing people every day. "I love that I get to be part of developing connections," she said. "And not just between the neighborhoods and the people, but also to our waterfront."

Once a Ranger, Always a Ranger 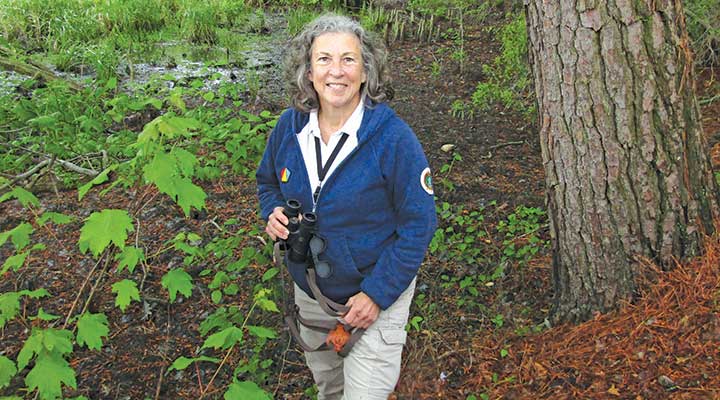 Becky Holliday works part-time as the Watershed Inspector for Newport News Waterworks Department and assists with the city's reservoir protection ordinance. Because much of her work is outside and independent, her position hasn't been negatively impacted by COVID-19.

"I do the majority of my work outdoors and in my vehicle," Becky said. "I am usually on patrol, checking shorelines, looking for encroachments, and responding to calls about illegal dumping or accidents that involve fuel or chemical spills."

Before her current position, Becky was a park ranger with the City of Newport News for more than thirty years. She found joy in seeing families visit the park for the first time and helping them learn about native plants and animals.

"It's an incredible world out there," said Becky. "We want people to discover the park, ask questions, learn the rules, and know that rangers are available twenty-four hours per day if they need assistance. They should also pick up a map. It's possible to get turned around in some areas of the watershed."

"Did you notice that?" she asked. "I keep saying 'we' when I'm talking about the park rangers." Becky retired from her full-time position in 2017, but outdoor life remains a major part of her identity. When she isn't working, she can be found walking in the woods with her six-year-old Schnauzer mix, Astro. "He loves to find box turtles," she said, laughing.

Throughout her career, Becky has encountered a variety of species, from furry to scaly. Not much ruffles her feathers, though. "I might jump if I see a snake," she admitted. "They are fast and they'll surprise you, but I'm not going to try to harm one."

A few years ago, she was about 100 feet away from what she thought was a young dog in need. As she approached, she realized it was a juvenile coyote, and it scurried in the opposite direction.

"Wildlife is becoming more common in the watershed," she said. "People must remember to be cautious but not fearful. Animals really don't want an encounter with humans."
When asked what her next outdoor venture might entail, she answered, "Well, I'm standing in the middle of the woods right now talking with you. Can you hear the birds? I really can't imagine anything more peaceful than being out here."

Becky hopes that residents of Newport News and surrounding areas will take advantage of the many places to walk and trails to discover. "They can get away from the crowds and enjoy nature," she said. "I hope this is a trend that continues."

There is no disputing the fact that nature heals us. Time outdoors has been shown to improve concentration and self-esteem, as well as reduce blood pressure and stress levels.
John Lubbock said, "Earth and sky, woods and fields, lakes and rivers, the mountain and the sea, are excellent schoolmasters and teach of us more than we can ever learn from books."
Perhaps it is time for us to be more attentive students.

Melissa Face is the author of I Love You More Than Coffee, an essay collection for parents who love coffee a lot and their kids...a little more. Her essays and articles have appeared in Richmond Family Magazine, Sasee Magazine, and twenty-one volumes of Chicken Soup for the Soul. Read more at www.melissaface.com.