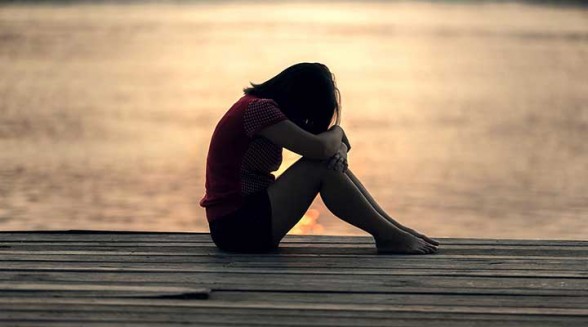 Learn about a local organization that’s helping women get their lives back.

The jail doors clanking shut behind me held an air of finality, a resounding noise that declared the loss of my freedom, if only for a short while. This was my first time entering the jail to meet with a human trafficking victim, but this scene would replay itself over and over again, the sound of the slamming door still echoing in my heart with each new victim.

The diminutive young woman sitting across from me could have been my friend, my daughter, or my sister. She was unremarkable in appearance, and the tears from her eyes spilled freely as she willingly shared her story with me, a perfect stranger. The boundaries of discretion and propriety are startlingly absent in moments of desperation like this one.

She, like many of the women we meet, was trafficked by her mother for drugs at an early age. She didn’t ask for “the life,” but nevertheless it had shown up at the doorstep of what should have been the safest place on earth. It might have been her husband or a boyfriend who trafficked her, but the stories are fairly static even though the names and faces change.

American Children Are At High Risk.

Victims of human trafficking are people forced or coerced into labor or sexual exploitation. Sex trafficking is one of the most lucrative sectors in the illegal trade of people and involves any form of sexual exploitation in prostitution, pornography, bride trafficking, and the commercial sexual abuse of children. Under international law, any sexually exploited child is considered a trafficking victim, even if no force or coercion is present.

An estimated 17,500 foreign nationals are trafficked annually in the United States alone. The number of U.S. citizens trafficking within the country is even higher. An estimated 200,000 American children are at high risk for trafficking into the sex industry each year.

For victims, the shame of their stories brand their souls long before a pimp brands their bodies. Their expectations for a better life are repeatedly silenced by a pimp that tells them their worth is bound up in the money they can make with their bodies, money they rarely if ever, get to keep.

They are convinced that they are irredeemable and unworthy of our attention and our efforts. Week in and week out volunteers and staff with the Virginia Beach Justice Initiative (“VBJI”) meet with these women, both inside and outside of jail with a goal of consistently telling them, “We see you. You matter.”

VBJI is a faith-based nonprofit working with victims of commercial sexual exploitation and human trafficking since 2011. With a small staff and a vibrant volunteer base, VBJI trains victim advocates to mentor human trafficking survivors, many of whom are identified through classroom programming at four local jails.

Our volunteers teach classes ranging from 2 hours to 10 weeks in an effort to identify trafficking victims, break the cycle, and build capacity. Our two case managers meet with potential victims, conduct an intake and assessment, provide courtroom advocacy, and identify appropriate programming that will enable these women to work towards taking their lives back.

Many of these women we meet realize for the first time that they are victims. During one of our first classes in 2016, we met a woman in her 50s. Our hearts were broken when she told us, “I’ve been prostituting since I was 13 years old, and you are the first people that have ever tried to help me.” While the narrative around the ideas of choice and prostitution is currently under examination, there are generations of women who are sitting in jail because they have never been identified.

Designed To Help Sexual Trafficking Victims Get Their Lives Back

It is the mission of VBJI to change the internal voice of these survivors, to restore choice to their lives and to offer hope in the midst of hopelessness. Sometimes it works. Sometimes we can find them a residential program and they begin to get the counseling, education, and job skills needed to turn their lives around. But the needs are great, and safe restorative residential programming is often unavailable.

VBJI is moving toward opening Restoring Hope, a trauma-informed residential program in Hampton Roads in 2019. Without such restorative placements available for trafficking victims, the pull of their shame and their identity, their relationships, their addiction, and their trauma keeps them from getting their lives back. Since January is National Anti-Human Trafficking month, we are inviting others to learn more and get involved.

For more information on VBJI, our Restoring Hope Residential Program, Community Action Meetings, and to learn how you can get involved through volunteerism or your tax-deductible donation, please visit our website at www.vbji.org or follow us on Facebook and Instagram.