When Chanda Chann came to the U.S. as a Cambodian refugee, she had nothing. She was about seven years old, couldn’t speak English, and had seen very little in her young life. But she saw how hard her mother worked and made the decision early on that she wanted to work even harder to make her mother proud. And she did.

Although Chanda suffered great tragedy and loss as a result of the Cambodian genocide, she came to realize that these trials were only temporary, and that education, along with focused determination, would open doors for her to become the best person she could be.

After trying out several careers, including nursing, Chanda chose to enter the male-dominated world of commercial real estate, a field she loves and excels in. Chanda is one of many local women who are pioneers in occupations that traditionally have attracted fewer females. Let’s meet three ladies who are changing the status quo.

Timing was on her side. Soon after Chanda started, the property administrator quit, and Chanda was offered that position. She accepted the promotion and discovered she liked her new job.

Her biggest break came, however, when she moved to Washington. That’s when she met Connie Anderson, who became her supervisor and mentor. “She believed in me when I was a no one,” said Chanda.

Connie had been through the difficulties of the commercial real estate industry herself and was willing to pass along her knowledge to Chanda. She also gave Chanda the freedom to work independently, make mistakes, and learn and grow from those mistakes.

“You have to prove yourself all the time,” Chanda said. Her willingness to work hard led to jobs with even greater responsibility. Chanda has always been competitive by nature, and that driving force serves her well.

As a military wife, she has moved around the country while continuing to work in commercial real estate. She now lives in Virginia Beach and is currently the senior real estate manager and president/CEO of RROP (Ryan Ranch Office Park) Owners’ Association for The Muller Company in California.

Chanda is a self-proclaimed late bloomer. After getting married, she started attending American Military University. Her undergraduate work was in management with a concentration in human resources. She became “addicted to school” and earned her MBA with a focus in marketing in 2015.

She understands the importance of smart business acumen and uses her education regularly in her career to support others and to improve herself and her business. She values her education so much that she serves as a student ambassador for American Military University.

Chanda eagerly shares her advice with other women who seek success in her field. “As a woman working in the commercial real estate industry, you must stand up and stand out,” she said. “Stand up in being more assertive; be bold and take charge.”

“The second part is, stand out,” she continued. “That means be creative, adopt good work ethics, continue to improve yourself through education and training, and always, always demonstrate good character in everything you do.”

What is it that compels Chanda to succeed? “You must be passionate about what you do,” she explained. “Without passion, it would just be a job.”

“I’m a survivor. I’ve always been in survivor mode. I know what struggle is, what suffering is. I don’t want to be there anymore,” Chanda said.

Janet Webster always knew she had an aptitude for science and math, but becoming a structural engineer was not what she planned. As a young girl, she dreamed of becoming an architect.

When it came time to go to college, Janet applied to both Clemson University and University of South Carolina and was accepted into both. While Clemson offered a degree in architecture, USC did not. But because Clemson was her father’s rival university, he persuaded her to go to USC, which only offered a degree in structural engineering. It turned out to be a “happy accident,” according to Janet, because she realized that she was much better suited to that field.

After two years at USC, Janet transferred to Old Dominion University where she graduated with a degree in civil engineering. She then went on to earn her master’s degree from George Washington University.

While Janet’s career path didn’t turn out as planned, she still appreciates architecture and its synergy with engineering. Architects make buildings pretty, she says, and engineers make them stand up. She enjoys having the opportunity to turn an architect’s vision into a structure.

Janet currently works for Clark Nexsen in Virginia Beach. Structural engineering is her passion and has been for more than 20 years. Although she is still a structural engineer at heart, she worked her way up the corporate ladder to senior project manager and principal and now focuses on leading a team to design wireless communications projects.

When Janet started out, there weren’t many women in the field, and it wasn’t always easy. “You have to know your stuff, and you have to be confident,” she said. Fortunately, Janet’s knowledge and confidence helped her gain respect from her male counterparts.

Things are different now with more women entering the fields of science, math, and engineering. “It’s much better now,” Janet said. She feels that men are more accepting of women in engineering these days because they foresee opportunities for their own daughters.

Another passion of Janet’s is to encourage and mentor other women in engineering. She serves on the board of directors of ODU’s alumni association. While she enjoys going back there and seeing jobs that she actually worked on, she especially likes to demonstrate to the students what one can do with an engineering degree.

Clark Nexsen partners with ODU engineering students of all disciplines. Students are matched up with mentors in the company who help to make their education relevant to the real world. The mentors help the students build their tool kit of skills, just as Janet built hers when she first started in the field.

It’s not always clear at first how that tool kit will be used, Janet said. “Then after a while, it clicks, and things start to pick up.” Helping students to click is a role she really enjoys. “As you build and add to your tool kit, then you increase to much bigger projects. It’s very exciting.”

Each year Clark Nexsen offers a scholarship to an engineering student. During the summer months, the scholarship winner works for the company and gets hands-on experience. Several young women have come through the program, according to Janet. “We like to give them opportunities to learn and build a relationship.” Upon graduation there is the potential to be hired at Clark Nexsen.

What are Janet’s goals for the future? She wants to continue to be curious and to develop ideas and grow personally as a leader and mentor. She also plans to continue supporting women who are entering the engineering field. And one day she would like to work on a project team comprised totally of women.

A DESIRE TO INSPIRE

Carol began her contracting career as a receptionist with an electrical contractor. She later moved to the accounting department and was studying to be an accountant. After changing jobs to work for a general contracting firm, she went to a job site and “fell in love” with construction. Something clicked for her, and there was no turning back. That’s when she switched her degree to civil engineering.

“I loved watching it all come together,” Carol said. “So I got a degree in what I love: dirt and concrete.” She realized she had an engineering mind where everything is cut and dried, black and white. In engineering, it’s either going to work or it isn’t, she said.

When Carol first started in general contracting, she was required to be on the job sites. Her supervisor taught her estimating because she had the time to do it. She turned out to be very capable and was given additional opportunities. “For me, I was never treated as a woman; I was part of the team,” she said of her former employer.

It’s not always that way, however. When working in the commercial arena, there are times when she is bullied and has to prove herself and defend her work. Her way of dealing with that is simply to “be nice to everybody.”

After working for others for more than 10 years, she decided to start her own company. “I had worked with great people, and I wanted to take what I had learned from others and put it all together in my own company,” said Carol.

“We should all be able to do what we love and what we have a passion for,” Carol continued. And that’s why she not only started her company, but why she also loves speaking to young girls about STEM (science, technology, engineering, and math) careers. No matter what their area of interest, there should be no barriers, Carol said. “Any chance I can get I go talk to girls—and guys too—to inspire them.”

At a recent STEM 4 Girls event, which was attended by 200 middle school girls and their parents, Carol spoke about STEM opportunities. She told participants it’s okay to change their career path. In her own experience, the knowledge she gained in her business and accounting jobs now helps her to run her company. She also stresses the importance of education in her talks with young people.

As the founder and president of her company, Carol enjoys leading her team, but she understands it’s always a learning process. “You recognize that when you empower others, it’s one of the greatest gifts you can give them and yourself,” Carol said. “Sometimes they do good, and sometimes they stumble. That’s good. We learn a whole lot from stumbling.”

“I’ve been very blessed. I’ve had great mentors, both men and women,” she said. “If I can give back, I’m absolutely thrilled. I just encourage people to go try anything.”

Peggy Hughes is a certified space clearing professional and life coach and the owner of Conscious Living Pathways. She offers her clients multiple ways to have better lives. For more information, visit her website at consciouslivingpathways.com. 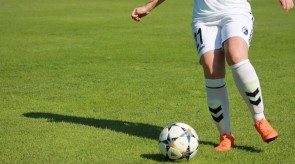 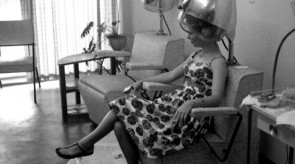 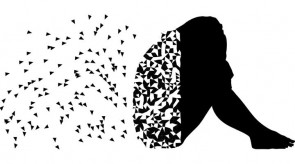