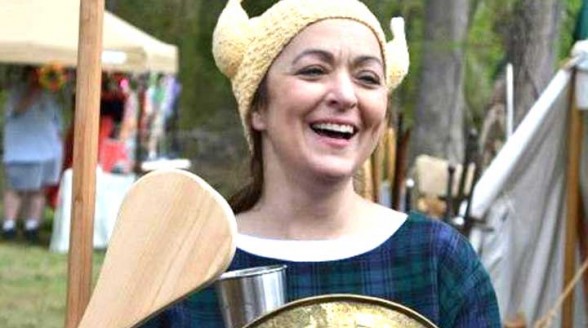 Tidewater Women (TW):  Heidi, tell the readers about yourself, please.

Heidi Ordway (HO): First, I’d rather sword fight than do an interview.

TW: That’s an interesting statement. Especially since when I set up the interview, you said you were a shy person.

TW: Oh, then tell me: am I interviewing Heidi Ordway of Tidewater or Dame Patricia Sparr of the Duchy of Cashel?

HO: I have been involved in Medieval and Renaissance re-enactment for eleven years, but I am not one of the re-enactors who sheds her real self and becomes immersed in the role of a character full-time.

TW: Tell us about your real life.

HO: I am married with two grown children (who are twins) and three spoiled dogs. I am employed as a paraprofessional with a local school system. I love learning new crafts, and in my spare time I make felted clogs.

TW: And who is Dame Patricia Sparr of the Duchy of Cashel?

HO: The title “Dame” is the female equivalent of the rank of knight. Julie Andrews was made a Dame by Queen Elizabeth II for her services to the performing arts.

HO: When you become a member, your name becomes your own individual decision. After a year, I still hadn’t decided on mine. I bought a new cell phone. Placing my first call, I was told that the name that showed up on caller ID was “Patricia Sparr.” I said, “That’s it! That’s my name.”

TW: And what about “Duchy?”

HO: That depends on the size of the group. We are a Duchy by size, not a shire or a kingdom.

TW: And Cashel? I have been to the Rock of Cashel in Ireland. It is a romantic, melodramatic, crumbling stone castle on top of a hill. The sun streams through the windows that are just wind holes.

HO: That’s the one! One of our members visited there, and we agreed on our new place name within the Adrian Empire, the parent organization.

TW: From the website I see that: The Adrian Empire re-creates Medieval and Renaissance era Western European culture (1066 - 1603) from the Battle of Hastings to the end of the reign of Queen Elizabeth I. Members re-create arts, skills, and culture and hold tournaments of combat and archery. At events you strive to wear period garb, set up period encampments, and comport ourselves with chivalry and honor. What is your role?

HO: I am known as “She who stands with fists on hips.” I am the Minister of Rolls (handling paperwork and permissions signatures), and I’m also kind of a Camp Mom for the encampment.

TW: How did you first become involved?

HO: Because of my kids. My daughter wanted to learn to sword fight. That was the beginning. Then my son wanted to learn, too. Combat at Harvest Faire is not choreographed, but it is conducted with stringent safety precautions.

TW: What do you love about Harvest Faire?

HO: Meeting people from all walks of life. The crafts at the encampment: blacksmith, needlecraft, cooking, and period games. And the SHOPPING. Two more things: One, the entertainment. While I usually don’t get to watch the performance, I enjoy the music from across the field. And two, seeing the expressions of joy when kids (of all ages) get to see a knight in shining armor face to face and sometimes even get to try on armor themselves.

TW: My final question is always: What would you like the readers of Tidewater Women to know?

HO: There’s a huge variety of things to do and see in this area, for people to do them. The weather doesn’t matter; it’s just weather.

Contact Heidi Ordway (known in the imaginary world of Harvest Faire as Dame Patricia Sparr of the Duchy of Cashel) at This email address is being protected from spambots. You need JavaScript enabled to view it. 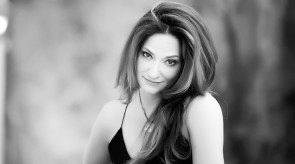 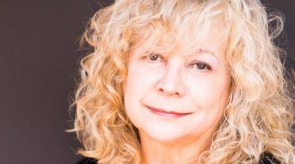 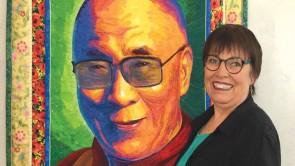 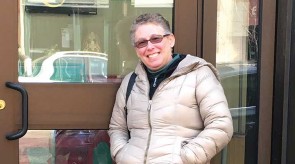 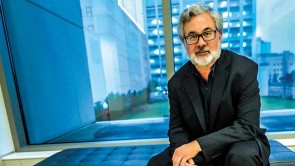 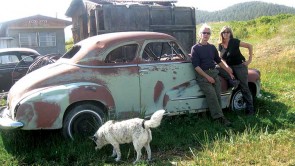