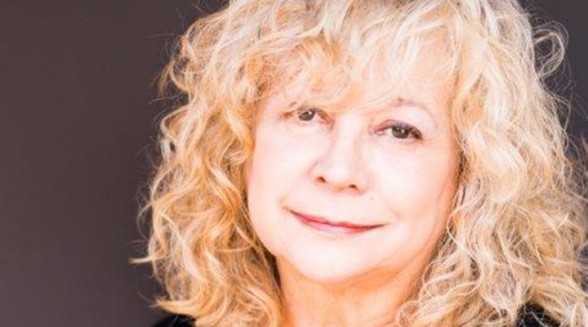 Get to know Lillian Groag, actor, playwright, and director.

Director Lillian Groag is returning to direct two productions in Virginia Opera’s 2019-2020 Season, Puccini’s Tosca and Verdi’s Aida. These will mark Groag’s 25th and 26th productions in the 27 years she’s been directing operas with Virginia Opera. Based in Los Angeles, Lillian works in the theatre as an actress, playwright, and director.

Her acting credits include Broadway, Off Broadway, Mark Taper Forum, and regional theatres throughout the country. Her plays The Ladies of the Camellias, The White Rose (AT&T award for New American Plays), The Magic Fire (Kennedy Center Fund for New American Plays), Menocchio and Midons have been produced both nationally and internationally. She is an Associate Artist of the Old Globe Theatre, and many of her plays have been published by Dramatists Play Service. In her free time, Lillian enjoys watching crime dramas like Criminal Minds and reading murder mystery novels.

LG: I met Virginia Opera to begin with in LA in the late 1980s. Placido Domingo and the LA Opera had commissioned Thea [Thea Musgrave is a well-known Scottish composer and wife of Virginia Opera’s founding artistic director, Peter Mark] to write an opera, Simón Bolívar. She was writing the libretto, but wanted it to be sung in Spanish.

So, the director asked me to be the dramaturg and to translate it into “singable” Spanish. That’s how I met Thea and her husband, Peter Mark. At that point I was only directing theater, and Peter said, “You know the repertoire, you’ve grown up with opera, you speak the languages, so why are you not directing opera?” And that’s when he gave me Tosca, which was my first opera.

TW: You are once again directing Virginia Opera’s upcoming production of Tosca, opening in Norfolk on Friday, October 4th at the Harrison Opera House. What makes Tosca special?

Look at the programs on TV, look at Criminal Minds. We like crime stories, and this is sort of a crime story. It would’ve made the paper if it was real. We watch it every day on CNN, somebody is slaughtered—a lover, a wife, a husband. It’s got the tension and the suspense of what you know is going to happen will happen. You should watch Act 2, and if it’s done correctly, you should want to tell Scarpia to shut up because he’s poking at a sleeping tiger. She’s upset, she’s sobbing, she’s desperate, but she’s dangerous and he doesn’t know it. Murder and mayhem are always fun to watch when it’s not you.

TW: Will your work on the 1993 production of Tosca help your artistic vision for this production?

LG: Oh no, I try never to repeat myself, and I also can’t quite remember it now. But there are a couple of things I want to do again. The murder of Scarpia and a moment in Act 2, which is tough for the tenor, and I make it tougher, poor soul. But other than that, no, I try not to. And you get different people singing and you have to adapt to them. It can’t be the other way around. So, this will be like a brand-new opera.

TW: Is there an opera that you have not yet directed, that you would love to do?

LG: I could do Mozart’s three Da Ponte operas every day of the week. The minute you start rehearsals, you think, I’m now sitting “in the throat of God.” They’re fantastic to direct, but I’ve done them. I’ve never done Rosenkavalier and I adore it. There are operas that I adore that I don’t want to do: Parsifal being one of them. I remember there was a time years ago where I played it day and night, but would I like to direct it? Not until I think I know what I would do with it.

TW: What do you think is the hardest job as a director in opera?

LG: The hardest thing is to get the audience to watch performances carefully and not just the production, you know, the pretty lights, the pretty costumes. To just watch what people are saying and when, and not just wait for the high notes.

The best experience of my life was at the Virginia Opera. In 1998 we did The Valkyrie, and it was Student Night, and I came in because Student Night is always great fun. I walked in and there were [students] age 14-16, and I thought I can’t watch this. But I stayed, and it was the best audience I had in my entire life or will again.

They were so hooked. Were they noisy? Oh yeah, no problem. That’s what I like. I wanted that. It was like a rock concert. And I cannot tell you how moving it was. I went home, and I sobbed. It was the best audience I’ve ever had in my life. Bar none! They were sitting forward in their little baseball caps and their little pants riding low and all of that and that’s exactly the audiences that I like. When they were so hooked that they were reacting vocally, and I’ll never forget it as long as I live. But we have to give them a good show. We can’t bore them. To me, they’re the best audiences in the world. I’ll never forget, Student Night of The Valkyrie in 1998.

Amanda Ely is the director of audience development at Virginia Opera. She is a member of the tHRive Branding Committee and the NEON Festival Planning Committee. Originally from Pennsylvania, Amanda now calls Hampton Roads home with her cat, Stormy, and fiancé, Derrick.