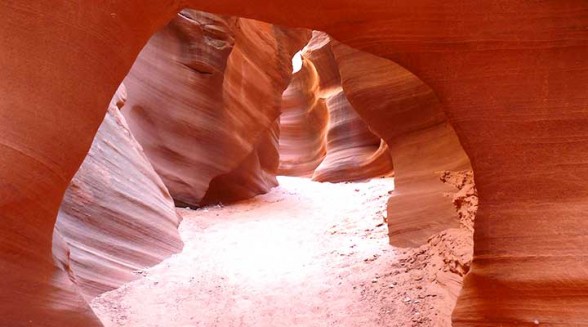 Everything new is not full of rattlesnakes, Lindsay shares. Challenging yourself helps you overcome fear.

It’s easy for our minds to dwell on negative things. Hurtful memories linger vividly, and fears stay strong. Apprehension often overwhelms anticipation, even if we’re facing a positive challenge we chose ourselves. Why aren’t we as likely to remember successful interactions and memorably trustworthy people? Why doesn’t joy break into our emotional awareness with the same power as a jolt of fear?

The answer is our brain’s natural tendency to fixate on anything that arouses fear or anxiety. It’s called the negativity bias, an inclination well-studied by psychologists. We come into this world with only a few innate fear responses, while the rest we learn on the job. But as we learn, we give much more attention and memory to the negative.

Our negative experiences get encoded in an indelible way with which positive experiences can’t compete. Post-traumatic stress disorder (PTSD) is a prime example, as are regrets about every thoughtless and embarrassing thing we ever said or did.

Negativity bias ensures that our perceptual systems react to threat in an absolutist way. If you see something potentially dangerous, one hundred percent of your focus will rivet to that thing. Time will stand still as tunnel vision takes over.

For instance, if you walked into a beautiful living room and immediately noticed a writhing rattlesnake on the rug, later you would be able to recall everything about that snake’s movement and appearance, but very few details about the room’s décor. This is why it can take so long to recover from emotionally painful experiences. Our brains keep bringing up the memory, squeezing more and more anguish out of the details, as if it’s afraid we’ll forget and pet that rattlesnake the next time we see it or, even worse, invite it into our homes.

Even one major negative event in a relationship can reverberate for decades, long after the intervening good times have outweighed the bad by tens of thousands to one. It’s good to know this so we can work to put disappointments in perspective and remember that difficult periods can occur between people in a context of otherwise good devotion and trustworthiness.

This is not about denying the hurt; it’s about not letting negativity bias throw out the baby with the bathwater. As James Doty says in his book, Into the Magic Shop, just because one thing is broken, it doesn’t mean that everything is broken.

The negativity bias has serious implications for parenting. Uninformed parents often believe that amplifying a punishment will make the child more likely to learn not to do something. Harsh corrections, like spanking or yelling, are thought to make the lesson stick. But thanks to the negativity bias, what gets imprinted on a child’s mind is not the importance of good behavior but that their parents can be scary.

Is there any upside to the negativity bias? Yes, because it makes us remember bad things that caught us by surprise and keeps us more alert in the future. The brain is not really interested in your feeling secure or relaxed. Feeling safe is no substitute for being safe.

Negativity bias can also help us remember neutral things. Because the brain lights up and pays close attention whenever anxiety is aroused, you will better remember anything if you stick some apprehension to it. If you make up a little narrative that’s slightly worrisome when you park, you’ll never forget where you left your car. The same goes for repeatedly checking your surroundings to avoid getting lost.

The reason we recognize when we’ve been going in circles is that our anxiety fixated on the environs as soon as we realized we were lost. As we return to that spot, our recall is perfect. Whether it’s a mildly anxious situation or a major threat, your negativity bias will keep blinking a warning to help keep you alert and able to remember.

However, it is crucial not to let our negativity bias rule our lives. Although it was factory-installed as a warning signal, once it starts flashing, the negativity bias colors our past and limits our future. Fearful imaginings constrict our hearts and energies, making us pull back even when it was perfectly safe to go forward. Our negativity bias can even harden into mistaken beliefs about the nature of life in general, keeping us in a contracted, defensive state.

Deliberate exposure to new surroundings and new people is the best way to counter the life-shrinkage that occurs when negativity bias is running the show. We can challenge our negativity bias through little adventures and explorations that can teach us that everything new is not full of rattlesnakes. If we don’t make a point to expand our horizons, the negativity bias will take over and flash increasingly stronger warnings about progressively smaller things.

Challenge your negativity bias to a debriefing. Thank it for being such a great warning system but ask it to let you experiment with a little more informed trust. Promise it you will be grateful for all the negative things it points out to you, but let it know that the ultimate decision to go forward must rest with your rational adult mind, not your primal fears.

When you try something new and bad things don’t happen, make sure to point this out to your negativity bias. Its tendency is to ignore anything safe or good, so you have to make sure it realizes what went well. We can all negotiate with our primeval brains to enrich our life in this modern world. Your negativity bias should function as a warning light, not your GPS.