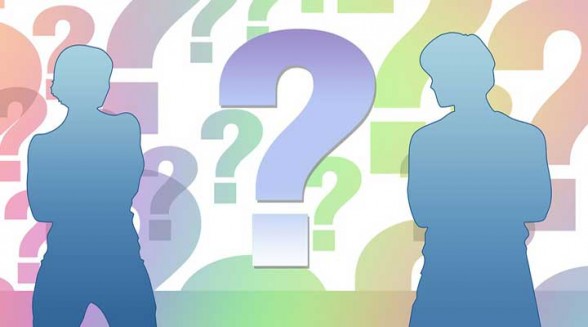 When you lose someone you love, you feel grief. But what happens when you are not sure if you have lost someone or not? Or what if you are in the process of losing someone?

Pauline Boss is a psychologist who coined the term ambiguous loss to describe those painful gray zones of gone-but-not-gone, and here-but-not-here. Recently, the disappearance of Malaysia Airlines Flight 370 created a state of ambiguous loss that was felt around the world. Missing people, whether in war, peacetime, or catastrophe are other examples of ambiguous loss. In ordinary daily life, there are also millions of people who feel separated from the people they love by divorce, addiction, dementia, or a lack of engagement.

Dr. Boss describes two versions of ambiguous loss. Type 1 is the physical absence of a person who nevertheless retains a psychological presence in your life, such as a missing loved one, a child given up for adoption, or an absent parent. In Type 2, the person is present, but psychologically absent, such as the alcoholic spouse, the depressed parent, or the loved one with dementia. People with an unfaithful partner also have similar issues of ambiguous loss. Victims of infidelity now have a name for the prolonged and confusing sense of loss they feel in their special situation.

Troubled relationships often produce a situation wherein one partner knows something is wrong, but the other person won’t talk about it. For instance, a wife might suspect her spouse is hiding something or feels that there is another relationship on the sidelines. Or a man might find that his partner’s excuses aren’t adding up and that real communication is evaded. It feels like the partner is not really there or has areas of his or her life that are off limits. Transparency is absent.

This is a crazy-making situation for the partner who is in the dark. If confronted, the psychologically absent partner will often deny there is a problem, but still won’t offer a convincing reassurance about the relationship. Inquiries are often met with evasion, counter-attack, or legalistic quibbling. Some counter-attacks take the form of telling the other partner he or she is crazy or, more outlandishly, accusing the partner right back of his or her own infidelity. Fair play is out the window.

Partners may feel they have somehow lost their mate, but can’t figure out how or why. Often the other partner is making no move to end the relationship, but no effort to improve it either. This leaves the uninformed partner in a no-man’s land where there seems to be some commitment (the person is still there) but emotionally the partner is absent. In such a situation, it is impossible to grieve and impossible to connect. The unfaithful partner is holding onto his mate for stability, but going elsewhere for excitement. For the price of a lie, he has the best of both worlds for as long as he gets away with it. Meanwhile, the partners has the worst of both worlds: no relationship and no freedom to find something better.

The people who recover well from this experience ultimately choose reality over ambiguity. They start trusting their perceptions and their instincts. They become willing to know the truth and figure out how to do that in a way they are comfortable with. They start a new commitment to their own self. No longer do they give their partner the ability to make them happy or miserable. They transform the murkiness of ambiguous loss into the decisiveness of taking steps toward what they want in their lives.

In this way, the loss of the relationship moves from ambiguous to definite. They may never find out if their partners were unfaithful or not. But all they really need to know is that their partners refused to clarify, reassure, or pursue them in a way that rekindled trust. Unconvincing blandishments from an unfaithful partner about wanting to “stay together” don’t count; after all, that may be referring to convenience, not commitment. The only thing that tells you that the relationship is not lost is the strong feeling that your partner wants to be with you and is willing to communicate and negotiate until something works for both of you.

When ambiguous loss becomes certainty, you may realize that you have been released from something that has been consuming your thoughts to the exclusion of all else. Suddenly you move from obsessing over whether someone is telling the truth to planning what you want to do with your life. Focusing on your own life frees you from trying to read the mind of someone who won’t communicate honestly with you. The ambiguous grief of infidelity can open the door of your own self-discovery. You may find you like your own company. Through the pain of ambiguous loss, you may realize that your most committed and trusting relationship should always start with yourself.