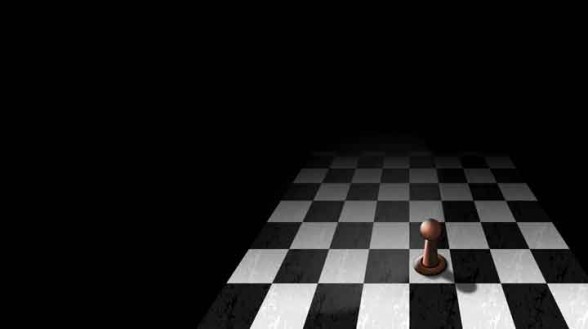 There has been a rash of random shootings in the news lately. After each one the announcer always says a similar thing: police have not identified a motive. Somehow it seems an odd thing to say under the circumstances—perhaps because the idea of motive comes from a crime perspective suggesting some personal gain as a result of the crime.

But what if the real motive is not something that is gained, but something that is felt? What if acting out the emotional experience is the whole point? Mass killers achieve a fantasy emotional connection through moments in which their feelings become center stage for many people at once. It is emotional connection at the most primal level, forced from other people by a person who cannot otherwise deeply connect with fellow human beings.

Mass killers’ most significant impairment is that they are not in touch with their own emotions. In the place of feeling emotionally alive, the person senses only deadness or rage-fueled fantasy. Neither of these states allows the person to seek any emotional replenishment from other people. Male or female, the emotional need for connection is the fuel for enjoying life. If you don’t feel that, life is existentially empty.

Unfortunately, mass murderers seem to have the ability to pass as relatively normal. The interviewed neighbors often did not associate the person with violence. But this ability to be marginally social may actually fuel the perpetrator’s catastrophic emotional emptiness and rage. They know what to say, but not how to love. They may have friends, but nothing at a soul-sharing level. They can have superficial contacts, but do not have the experience of being deeply known.

They are more dangerous, not less, for this seeming normality. Other people read them as basically okay, and not desperate characters. But perhaps they are desperate characters because people have seen them as okay for too long and have not looked beneath the surface. This could happen in childhood when, as long as the child was not getting in trouble, what went on inside him was ignored.

Sometimes when authorities are sent to investigate early in the build-up to the catastrophe, they come away from an interaction thinking the person is normal enough. But police are trained to deal with criminals and how people act when they are thinking about breaking the law. Police need to recognize that it is impossible to tell from the outside what is going on with these people and should instead look for evidence that shows the personal inner workings of their lives, not the social face they show so well. Looking okay from the outside is the problem; they are easy to overlook and getting more emotionally desperate by the minute.

These horrific acts occur in public areas because this is where people experience life together. They occur in school, in a crowd at a politician’s event, watching a movie, cheering a race, or having a coffee. It is not the sheer number of people the perpetrator is going after; it is the people’s shared sense of community. This is not an impersonal execution by a psychopath who just wants to kill people; the mass killer’s violence targets people in their safe gathering spots, in the context of their togetherness with others. It is an attack on the sense of community and the people who participate in it. In the act of destroying this, perpetrators make others notice them in the most irrevocable way possible.

These attacks are the next great predatory threat of our complex society. We must give up the idea of punishment as a deterrent. How do you scare someone who has already pre-selected his own capital punishment in the finale of suicide? Instead we have to see the root of the problem as a failure to make connection. To form relationships in our enormous society now requires a huge effort of initiative, something that was never required in smaller communities. We have become so private and isolated that a person can fail to arouse anyone’s notice for years at a time. If you don’t have emotional skills or likeability, you may have no relationships at all, unthinkable in the smaller, nosier, and less private communities of fifty years ago.

We will eventually find that mass murder is an attachment disorder. The person was never able to establish trust or rewarding emotional closeness with others, either because of early parenting or their own temperament. Interacting with these detached children may not be rewarding, so people tend not to engage with them for very long. You can imagine the vicious circle in which these kids get less attention and therefore do not develop that crucial talent of getting other people interested in them.

Maybe one day it will be the norm for mothers and fathers to feel comfortable telling their doctors they are having trouble bonding with, or even liking, their child. Instead of giving the parents a pat reassurance, perhaps the doctors in the future will take what the parent is saying as deadly serious. Perhaps there will be classes and support groups for parents with attachment-resistant kids. The parents will be taught how to play with their baby and how to engage in emotional give-and-take, letting the child get comfortable with his emotions and other people. The same thing could be done in school-age children with group bonding activities that allow no one to go unseen.

The old method of social sink-or-swim for these children is not working, and they may ultimately take us down with them if we continue to turn a blind eye and let them pass as normal.